We close the gap
Downloads
Newsletter

We write and curate reports and video blogs - the best of online resources, current events and the top trends in technology, innovation and transformation 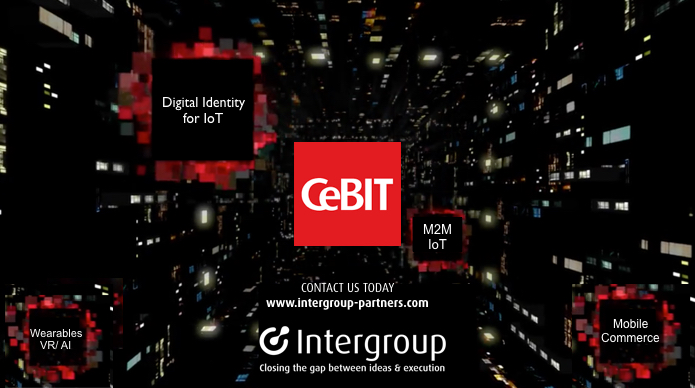 We are participating in the CeBIT 2016:

Topics we believe will be important in the near term, and which will be in our focus are:

Smart Homes seem to finally be starting to live up to their name. Until now, many Smart Home devices were autonomous and actually made more work for their users. Imagine trying to turn on a light in your home and having to search for your phone, then the app, then find the light you want to turn on (versus flicking a switch). Today´s trends revolve around communication with other IoT Smart Home devices, geolocation and using your mobile phone to track (ie. Nest´s thermostat which can turn down the temperature automatically when you are out of the house) and the security of your home which is a major concern for consumers.

The self-driving connected cars have already made more break-throughs this year. In February, the US National Highway Traffic Safety Administration changed its views on the legal definition of a driver, paving the way for Google´s self driving pods to be allowed on to public roads. At the same time, there is still a lot of barriers to this, not the least of which was that Google´s self driving car was involved in a small accident and hit a bus last month, which is the first time that the company has admitted that a crash was not purely down to human error. The next few years should see more and more pilot projects emerge, but many negotiations are still ahead before networked driving becomes a reality.